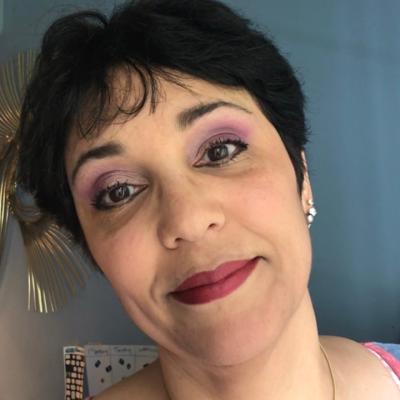 We must decide we're worth it and pursue our dreams.

Dana Nicole Roberto is used to taking care of people. She is the mother of a special needs son. She’s also the primary caregiver to her wheelchair-bound mother who lives with her. Even though she already has a lot on her plate, there is one more person Dana decided she needed to look after: herself.

“We all must put ourselves on the list,” she says. “We must decide we’re worth it and pursue our dreams.”

For Dana, those dreams included a long-deferred college education. After graduating from high school, she didn’t get an opportunity to head to college. Her parents had divorced, and Dana needed to go out and start earning a living. For the most part, Dana’s plan worked out pretty well.

“I’ve been blessed as far as opportunity, as I’ve lived in Asia and Europe due to some of the jobs I’ve held,” she says. “I’ve seen many places and – even though I didn’t have a degree – I was able to forge forward.”

Dana was successful, but there came a time in her life when she knew she wanted to change course. At age 48, Dana came back to the idea of going to college.

Dana spoke with an Ashford Advisor who helped her decide on her route forward. They talked about Dana’s goal of ultimately moving into the field of special education.

“She was so thorough and listened to me,” Dana recalls. “She made a few suggestions and then I was off and running.”

Dana enrolled in the Bachelor of Arts in Cognitive Studies program at the beginning of 2018. She has found that Ashford’s online format fits well into her busy life.

“My current GPA is 4.0, and I’m so proud of my achievements thus far,” she says. “It’s work to raise a child and meet his needs and go to college and bring your best to each assignment. However, I want this! So, it is what I must do.”

Having found early success in her bachelor’s program, Dana is hoping to take full advantage of her time at Ashford.

“I am very happy with my decision to attend Ashford,” she says. “I’m excited about my GPA. I so want to attend the Honors College – or at least be able to consider it. I am also interested in other things as well, like [honor societies] Golden Key and Alpha Sigma Lambda.”

She is also setting goals for when she graduates from her bachelor’s program. Already, she’s thinking about continuing on into a graduate program to pursue her Master of Arts in Special Education. But more than anything else, she’s hoping her decision to go out and follow her college dream will inspire one very special person in her life.

“As a mother, I nurture my son’s dreams so he grows to believe he can do what he sets his mind to,” Dana explains. “Well, now I’m nurturing my own dreams as well to show him he can. I’m his example.”