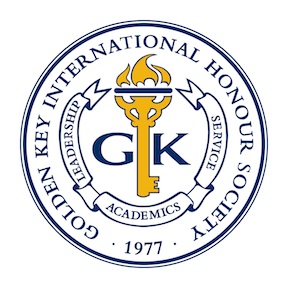 Welcome to the Golden Key International Honour Society chapter for the University of Arizona Global Campus! As a Global Campus student, you deserve recognition for your academic achievements and contributions.

Thousands of students have been inducted to this honor society since 2010. View the names of the inductees

The University of Arizona Global Campus chapter of Golden Key International Honour Society was established on Wednesday, May 19, 2010. Charter members are:

Membership in Golden Key is by invitation only and open to all eligible University of Arizona Global Campus students.

To qualify for membership in Golden Key International Honour Society, currently enrolled students must meet the following criteria as of January 1 or July 1 (effective 2012):

The Society offers members valuable opportunities for individual growth through leadership, career development, networking, and community service. In addition, $1,000,000 in awards and scholarships are available to members annually.

Members also have access to graduate school and study abroad search engines, as well as other unique product discounts.

Through the University of Arizona Global Campus:

An Honors Recognition Event takes place the weekend of Commencement to recognize honor society inductees and those graduating with honors. View photos from the events. (Please note you must have a Facebook account and be logged in to access photos.)