Editor’s Note: This month we continue our series highlighting faculty favorites based on feedback from students and alumni.

“I was a high school dropout.”

These are six words you might not expect to hear mouthed by a college professor. Yet, that’s exactly how the University of Arizona Global Campus Dr. Jackie Kyger describes himself before he discovered his passion for teaching and education.

So how does one go from a teenager with no direction to an Global Campus faculty favorite? Naturally, Dr. Kyger credits his 20 years of service in the U.S. Coast Guard for his tenacious spirit and passion for self-improvement.

“At that time, you could enter the Coast Guard without a high school diploma,” Dr. Kyger recalls. “I had two options, and college wasn’t one of them. The military seemed like the best plan, so I joined at 19, and right away I realized the value of an education.” 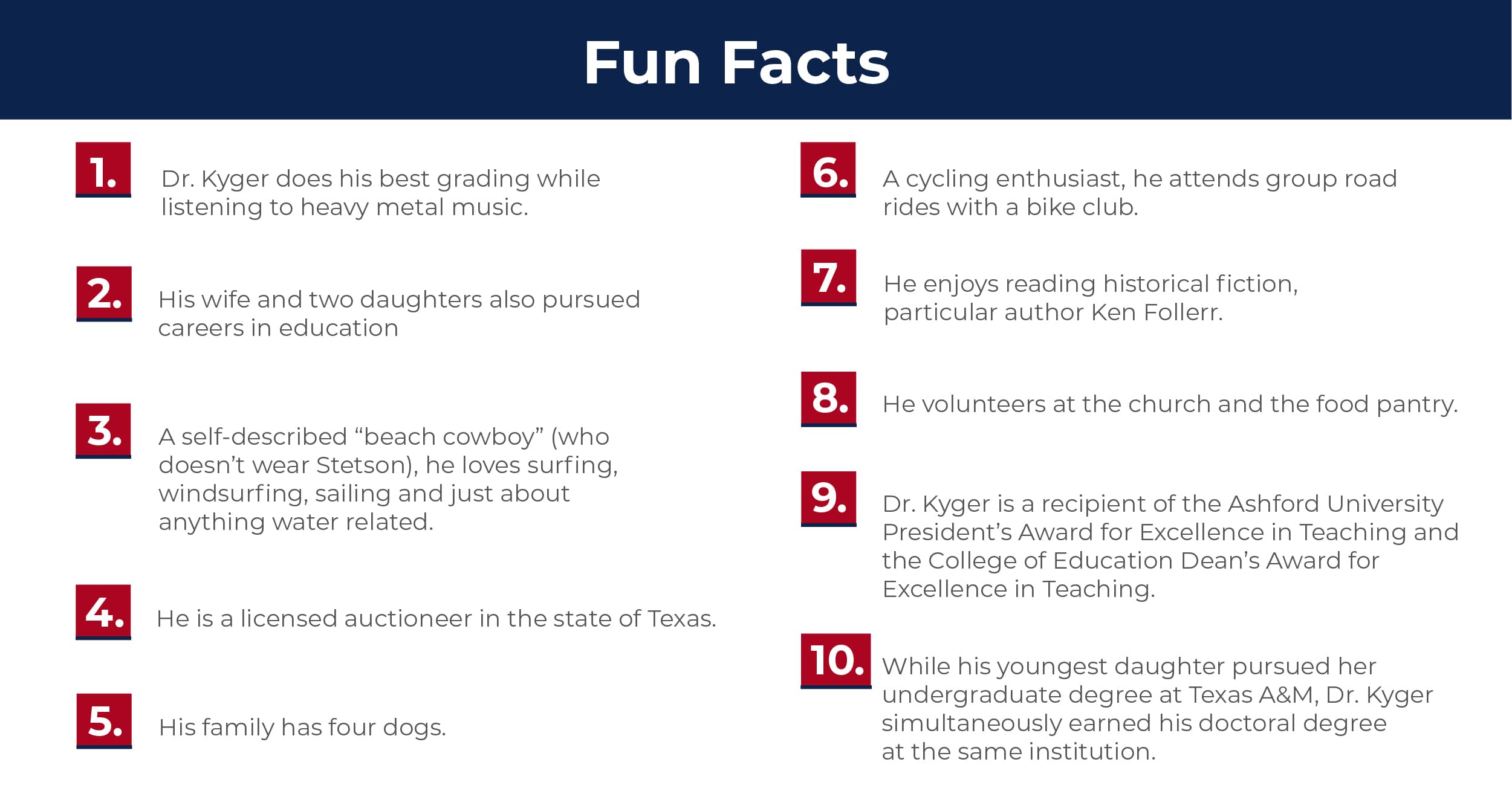 On the advice of his training officer, Dr. Kyger entered night school and earned his GED. He later celebrated his first of many academic accomplishments with his unit after the cook got wind of the news and baked him a cake.

“It was a big deal because secretly you might have tough skin, but you know you should have finished high school,” he admits.

Though proud of this milestone, Dr. Kyger did not rest his laurels on that diploma. Instead, he continued his pursuit of knowledge and went on to earn his associate degree, followed by his bachelor’s degree, while on active duty. All told, he spent six years on his education during his time in the service.

“I knew that if I got my degree it would change my station, and it would move me further with my career,” he says.

He was right. Dr. Kyger would serve 10 of his 20-plus years in the military as either an executive or commanding officer. However, he had plans other than the Coast Guard.

“While I had a wonderful career in the military, I knew it would change at some point and that I would move on to other things, and from an educational point of view, I wanted to be ready,” he explains. “I’m happy to report it was a great plan,” he says. “To this day, I’m thankful.”

Dr. Kyger continued to pursue additional degrees and certifications in preparation for a career as an educator. In addition to a master’s degree in Educational Technology from the University of Texas at Brownsville, and a Doctorate in Educational Leadership from Texas A&M University at Kingsville, he holds a Graduate certificate in Library Science from the University of North Texas as well as one in Information Systems from Keller Graduate School of Management. He also is a Certified Professional Manager and has worked in secondary education and university levels as a teacher and an administrator.

In 2000, Dr. Kyger retired from the military and began teaching at the Marine Military Academy that same year. He joined UAGC part time in 2010 and became a full-time faculty member in 2013. 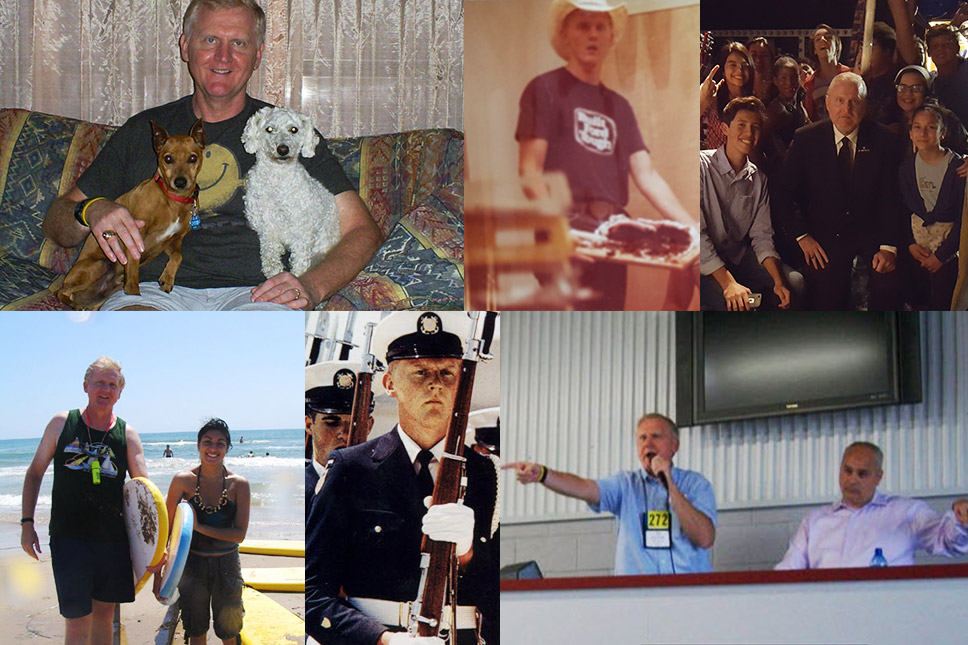 Getting to Know Dr. Jackie Kyger

Today, Dr. Kyger continues to draw from his experiences in the U.S. Coast Guard as an instructor at UAGCy for the College of Education, where he teaches in the Master of Arts in Education program. He also is a military student liaison, Faculty Senator, and former chair of the Faculty Welfare committee and a member of the College of Education’s Professional Development team. Here he shares his thoughts on teaching, education, and what it means to be a mentor to online students. 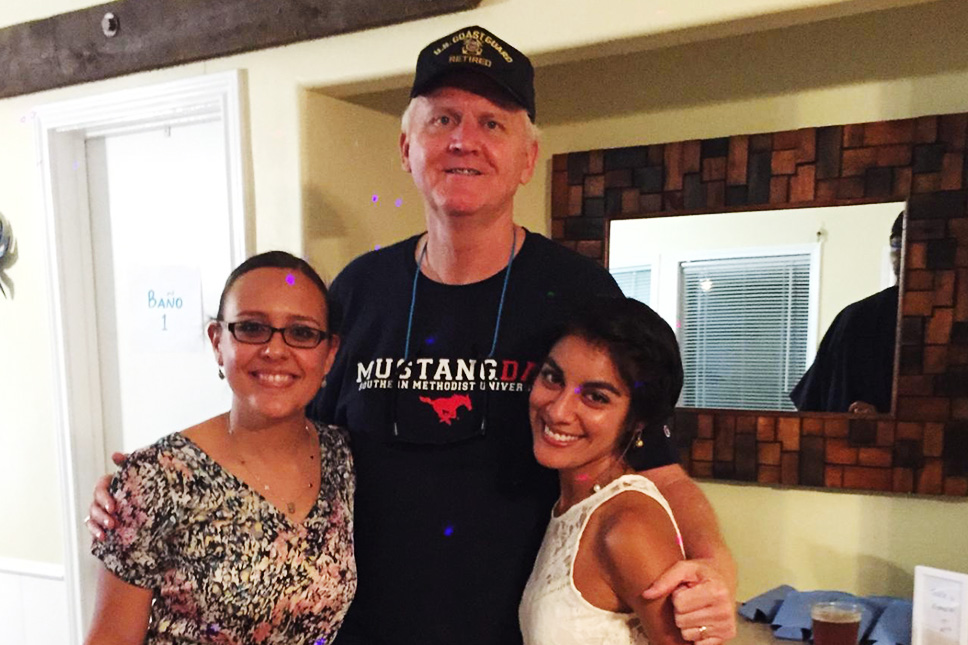 Caption: Dr. Kyger with his two daughters, Adrienne, left, and Ashley, right, both of whom followed in the footsteps of their parents and became teachers.

Global Campus: Who was your mentor?

Dr. Kyger: Master Chief Gillette on my first tug boat in the Coast Guard. I went to C-School to learn electronics, and he told me, ‘You better come back as the smartest guy in the class.’ Well, I was No. 1 in class. A few months later, I attended A-School for training. Because of those things, I was made class leader. None of that would have happened if Gillette hadn’t been my sea mentor.

Caption: Dr. Jackie Kyger as a young cadet in the U.S. Coast Guard.

Global Campus: What is the key to learning success?

Dr. Kyger: In the Coast Guard, you never rescue anyone on a nice day. It’s always in the dark of night in the middle of the storm. When you are employed in that environment for many years, your success lies in paying attention to details. The first time you are in a storm, it’s overwhelming, but after a while, you learn where to be in the crest of the wave, so it doesn’t capsize on you, and you become aware. The Coast Guard motto is “Always Ready.” If you take that to educational pursuits or career pursuits, and you pay attention to those details, you will be successful. 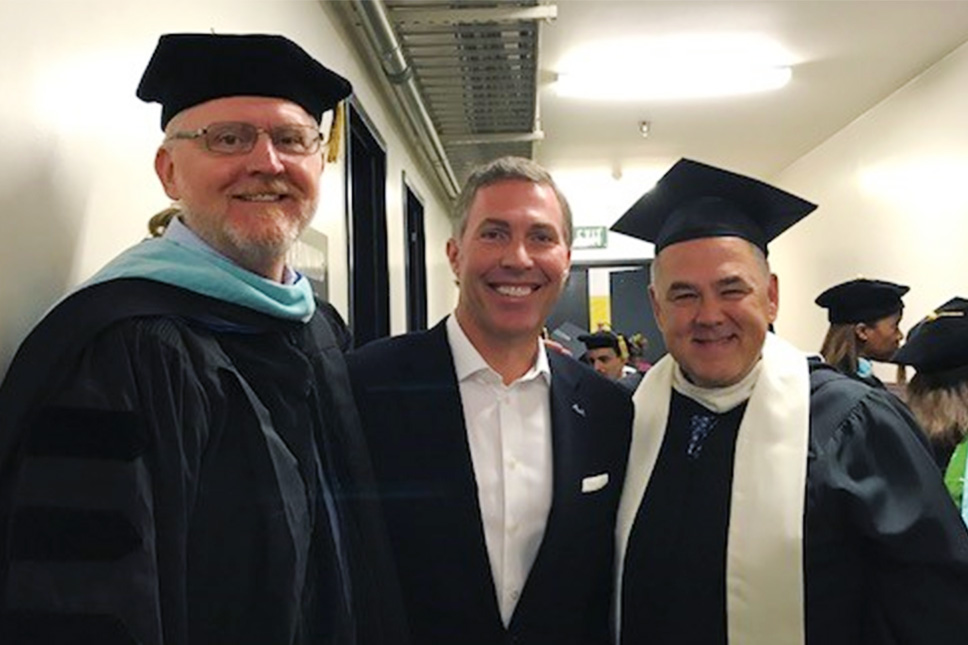 Global Campus: What is your teaching philosophy?

Dr. Kyger: I’m there to coach you to success, not to referee you out of the game. It’s my job to catch what you do right and develop that into greatness. I have a vested interest in my students being successful, and if they are not successful, I’m not successful. It’s that simple. Prior to a course starting, I reach out to my students in an email to tell them that if they promise not to quit, I promise not to quit either. It’s important because I would have quit were it not for the good teachers I had along the way. I tell my students anytime they think they need to quit, they need to let me know because they can’t quit.

Caption: Dr. Kyger and his wife, Lou, after completing a race in support of their local zoo.

Global Campus: What drives you to teach?

Dr. Kyger: I feel that I was given an opportunity and appreciate that somebody reached out said, ‘You can do this, but you need to change.’ Based on my experiences, I want to ensure that my students get that same experience. I think that the nature of my work in the Coast Guard helped me in the classroom because when you spend 20 years rescuing people, you don’t leave anyone behind. And in my classroom, I won’t leave anyone behind. 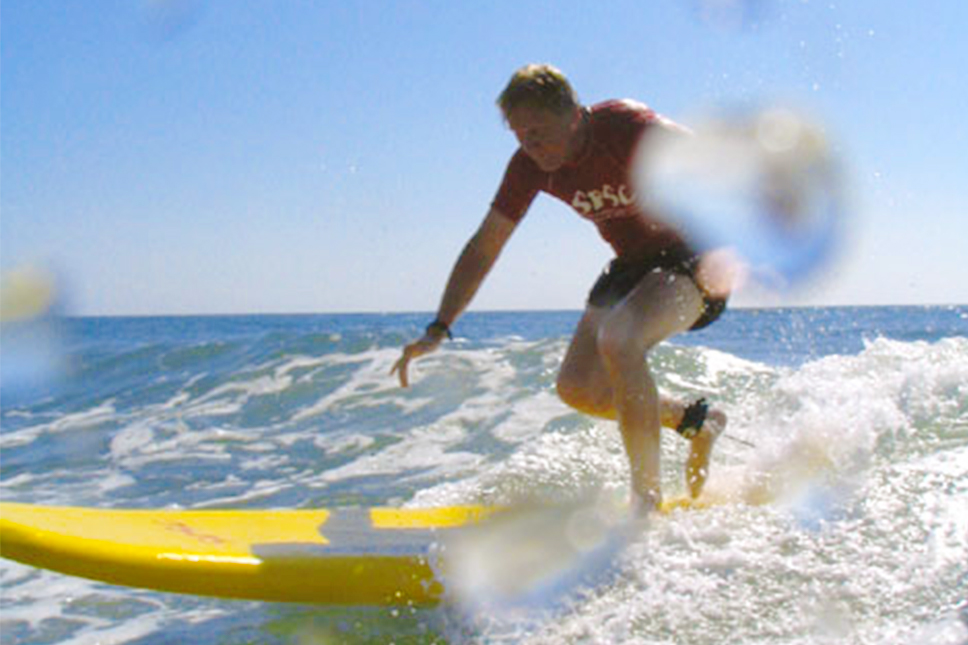 Caption: Dr. Kyger catching some waves on his longboard.

Global Campus: What advice do you offer students who are struggling?

Dr. Kyger: I tell my students that the content will not be what pulls you under. If they find themselves sinking in the storm, nine times out of 10, it’s because they are not managing their time or looking at the details to find out what is needed to be successful.