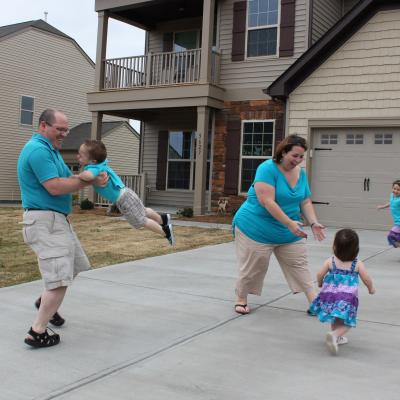 So often, success is just a matter of timing.

Timothy Gallagher knew he’d never take the traditional route to college. After graduating high school in the late 1980s with a 1.8 GPA, Timothy decided he was not prepared for higher education and decided to jump into the workforce instead. His love of computers earned him a sales job at Montgomery Ward, and he went on to become a vendor representative for companies including Packard Bell, Microsoft, and IBM.

From the 1990s into the 2010s, Timothy found himself with a sustainable career in a field he loved. Eventually, however, everything changed.

“In 2016, Charter Communications bought Time Warner Cable, and I was laid off,” he explains. “Even though I had a career in analytics for a Fortune 100 company, I had trouble finding a job at the same rate of pay.”

Timothy’s troubles reflected the overall challenges facing non-college graduates in the workforce. A May 2019 New York Times report found that the median wage for workers without a four-year degree is about 10 percent less than what it was at the beginning of this century.

With a wife, three children, and a mortgage, Timothy realized that it was time to catch up to his peers.

Ashford University* turned out to be the perfect fit. In addition to offering a Bachelor of Science in Information Technology, which matched Timothy’s career and personal interests, Ashford provides the flexibility he needs to fit his busy lifestyle.

“A drive for an hour to campus and back — that’s two hours of my day I do not have,” he says. “This is schooling on my time.”

The long shadow of his high school GPA loomed large for Timothy, but once he began taking classes, he realized school wasn’t as challenging as he remembered. Plus, he had the benefit of 30 years in the workforce, and all of the experience that comes with it. Unlike someone fresh out of high school, Timothy could apply wisdom, analytical thinking, and a wealth of industry knowledge to his studies, while contributing his expertise to classroom discussions. Before he knew it, the memories of past struggles had been replaced by newfound success.

Timothy’s grades earned him an invitation into the Honors Program, which rewards high-achieving students with the opportunity to take upper division courses that promote leadership, innovation, global perspective, and civic responsibility, in addition to other benefits.

Fully confident in his abilities, Timothy is now “rocking two courses at a time” with a pending graduation date in 2020.

“I found that by aggressively attacking my classes, I am able to enjoy them,” he says.

Timothy has even taken on a leadership position among his peers, lending his “work experience and understanding of a professional atmosphere” to help his fellow students in the online classroom.

Meanwhile, at home, the people who matter most, his 12-year-old daughter and 8-year-old twins, are also seeing the impact of Timothy’s success.

“I think my children understand the value of an education,” he says. “I think that they like it when I have homework. They don’t feel like they are alone.”

Before school, Timothy’s biggest concern was finding a job that would allow him to take care of his family while offering the same sense of pride he felt earlier in his career. Fortunately, he didn’t have to wait long. School, he says, gave him a purpose and a goal, and he recently earned a new job making a much larger salary than his previous position.

Once again, he chalks up his success to timing.

“I am glad I never went to school until now,” he says. “If it wasn’t for the flexibility, I never would have succeeded.”