Dr. Jessi Harkins Upshaw was 14 years old when she started having panic attacks. She had no idea what they were at the time.

“I’ve been dealing with panic attacks since I was 14, and nobody knew what it was, and there was a stigma around it like it must be asthma,” Dr. Harkins Upshaw says, laughing. “Well, apparently, it’s not asthma! It’s panic disorder, and my body thinks a lion is in the room even when I’m standing in line at Target, and there’s not. It was something I had to persevere and overcome.”

In the last four years, Dr. Harkins says she was diagnosed with an autoimmune disorder, which added chronic illness on top of other things.

Despite also being diagnosed with depression and generalized anxiety disorder, Dr. Harkins Upshaw was on a clear path to impacting the lives of individuals with exceptionalities.

Since 2016, Dr. Harkins Upshaw has been Lead Faculty of the Master of Arts in Special Education (MASE) program at the University of Arizona Global Campus (UAGC) and is the co-advisor for three UAGC student organizations: Lifting Our Voices, a community that welcomes students, faculty, staff, and alumni who are interested in disability issues; UAGC Supports Autism, a space for all who support autism awareness; and the Department of Education and Liberal Arts Graduate Student Organization (DEL-GSO), which is for graduate students to share information and encourage a supportive culture and connection.

With her job experience in the field of neurodiversity — combined with her personal experiences — she has become an ally and advocate of supporting neurodiversity and all forms of inclusion.

“That just kind of comes naturally and professionally for me because that’s been my passion and my focus through my career, but that extends out to inclusion of all people, looking at gender diversity; looking at the LGBTQ+ population; inclusion of different cultural, ethnic, and racial groups to make sure that there’s representation of our student voices in everything we do and that there’s a place at the table for everyone,” she says.

“I have overcome challenges in that sense of identifying as someone with neurodiversity, including generalized anxiety disorder. These days, people can relate even more since there’s a global trigger of the pandemic; many more people are experiencing anxiety events than ever before.”

Overcoming the initial stages of each of her situations involved her own steps, which included self-advocacy, reviewing research, building a personal network of professionals, and loved ones, and a lot of trying (and restarting), she says.

“None are anything that can be truly ‘overcome,’” Dr. Harkins Upshaw states. “But I am at a stage that the process of grieving ‘who I used to be before I knew’ is over, and I have boundaries and self-care strategies to support myself through anything I want to accomplish.”

In high school in the 1990s, Dr. Harkins Upshaw took an advanced psychology class. This class drew her to the topic of Autism Spectrum Disorder (ASD).

"There wasn't as much research, knowledge, or awareness out there about autism at the time," she says. "I had a psychology teacher who said there was this group of individuals who had this thing called autism, and nobody quite understood it, and there were some cases where it was so bad there was no verbalization, there was self-harm by leaning over, and taking bites out of their own shoulders… was the way he described it. How is it that we have something we don't understand?"

When Dr. Harkins Upshaw started her undergraduate degree at the University of Texas at Arlington, she focused on psychology and debated between forensic psychology and autism. Then she came across a professor who ran a rat lab and knew about autism.

“For me, behavior analysis is a paradigm of how to view the world. It’s not a strategy. It’s a science of analyzing how the environment interacts with behavior and how other people’s behavior then becomes your environment and how you respond to it.”

She says one of the fascinating parts of earning her Ph.D. was learning about neuroscience — studying the nervous system and its structure, functions, disorders, and their impact on behaviors and cognitive functions. Neurodiversity describes the idea that people experience and interact with the world around them in many different ways; there is no one “right” way of thinking, learning, and behaving, and differences are not viewed as deficits.

“The neuroscience behind supporting neurodiversity was probably the most interesting — and new — piece at the doctoral level, and then the exposure to some of the national autism project national standards reports, looking at truly being able to identify and analyze what is an evidence-based practice, and looking at the ethical side of how you identify goals.”

Before starting at UAGC, Dr. Harkins Upshaw worked in a variety of facets in the field of education, including in-home therapist for children identified with developmental disabilities and ASD, treatment center team leader and therapist, treatment center staff trainer and associate consultant, special education teacher, and adjunct professor. 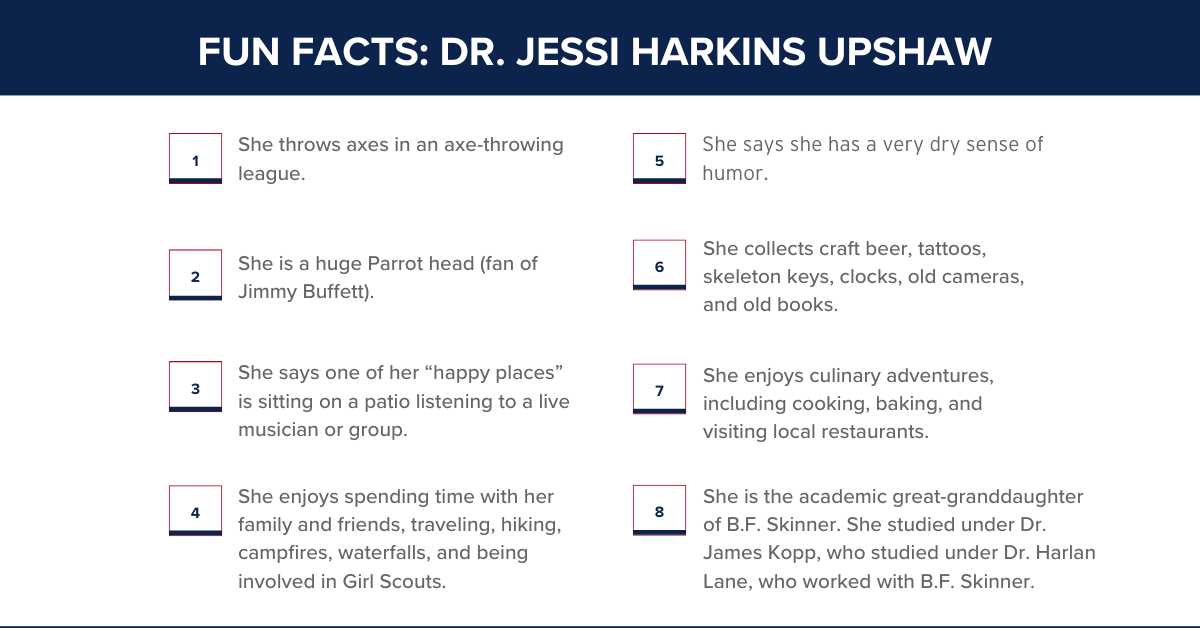 She says she got into the field as a therapist working one-on-one. “And I thought, I can make a bigger impact if I have a certification.” At the time, she was a board-certified behavior analyst with a master’s degree working as a consultant by helping parents manage the behaviors of their children with autism. She noticed many parents saying it was working at home, but they were having difficulty getting the school district on board.

“And I thought, if I was in the school district and understood the classroom, maybe we could spread this behavior science to support these classrooms. So, I stopped being a consultant, and I went into the classroom as a teacher,” Dr. Harkins Upshaw continues. “One classroom at a time, I was making an impact.”

It wasn’t long before Dr. Harkins Upshaw started asking how she could make a bigger impact. She decided to earn her doctorate to teach at the higher education level.

Today, Dr. Harkins Upshaw teaches all courses in the MASE program at UAGC but focuses on the intro and capstone courses. Her passion for instructing the many topics of Special Education (SPED) is evident in her descriptions of MASE courses (which focus on birth to adult education supporting individuals with disabilities and exceptionalities) and her vast knowledge, for example, in the area of behavior analysis.

“For me, behavior analysis is a paradigm of how to view the world,” she begins. “It’s not a strategy. It’s a science of analyzing how the environment interacts with behavior and how other people’s behavior then becomes your environment and how you respond to it.”

She explains, “The biggest thing I tell my students is behavior analysis is a perception of how to analyze what’s going on around you. It’s not a strategy in and of itself. Some strategies are based on behavior analysis, where you’re truly breaking things down to their smallest components and really looking at those the ABCs (antecedents, behaviors, consequences). How can you use that to help you help the students? That’s my biggest recommendation for students — break it down into the small parts.”

She also likes to teach her students the importance of database decision-making and evidence-based practice, which she identifies as her two soap boxes.

“Document what you’re doing so you know if it’s working, make the decision based on data, and select interventions that have their roots in something that’s worked in the past,” she advises. “Your goal may change, your standard may change, what you’re focusing on may change, but it should always be database decision-making and evidence-based practice.”

An online degree from the University of Arizona Global Campus does not lead to immediate teacher licensure in any state. If you want to become a classroom teacher, contact your state’s education authorities prior to enrolling at the University of Arizona Global Campus to determine what state-specific requirements you must complete before obtaining your teacher's license. 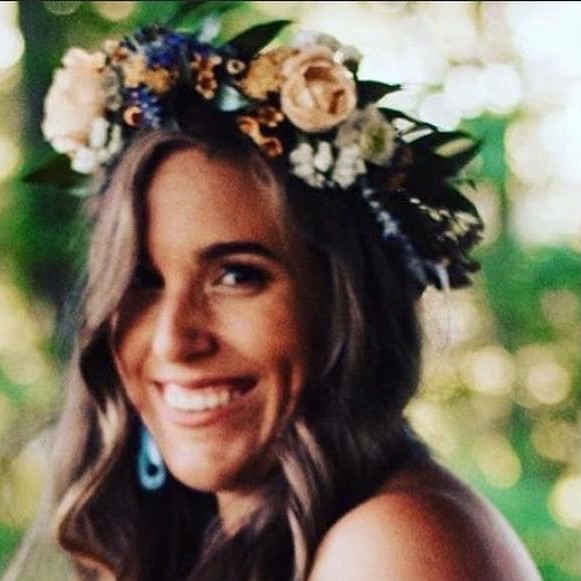