Yam Mitchell did not find her way to pursuing her college degree easily — a familiar story for many students who find academic success later in their lives.

“I attempted college before, and it just didn’t work out because I was not focused,” she recalls. “So, I just figured college wasn’t for me.”

As a mom of two and a successful corporate trainer, Yam was happy and fulfilled prior to finding her college path online at the University of Arizona Global Campus (UAGC).

“I got married, bought a house, had another baby, got a couple of promotions,” she says. “Life was great.” But there had been nagging for more that could be traced back to her childhood.

Yam’s family moved to North America from Damascus, Syria, when she was a young girl. They first lived in Canada before eventually moving to Ohio.

“By the time we moved here, I spoke three languages and had to learn English here,” she describes.

School was always important to Yam’s family. Both of her parents earned master’s degrees. Her dad is a computer engineer, while her mother is an English professor who speaks seven languages.

“In our culture, you either grow up to be a doctor or a lawyer,” Yam jokes, adding that she always had plans to go to college. However, when she entered high school, her focus changed. Yam says initially all was well. Then, she suddenly lost interest.

“My dad says I get bored,” she says. “When I get bored, I just stop.” Despite her boredom, she graduated and went on to attend community college.

“It wasn’t for me,” she states. She decided she would move out of her parents’ home and start working, but when she became pregnant with her first son, she returned home for extra support.

No Longer the Odd One Out

Feeling more focused and motivated after having her first child, Yam enrolled in community college again, finding once more that it was not the right fit – this time for different reasons.

“I was trying to juggle work, a newborn, and school,” she says. She left college, found an entry-level job, and began building her career.

“I started in the call center, and then I started training,” she describes. “In 2018, I was promoted to vice president of our training department.”

Having accomplished so much in her career, Yam thought maybe she didn’t need college. Still, college was a topic of conversation that continued to arise among her highly educated family members.

“My mom and dad both still asked me, ‘When are you going back?’” she says. “I would say, ‘I’m going to do it.’”
The idea that maybe she should try school again stayed on her mind for years and in her family’s conversations, in part because her sister had gone to law school and was now making a name for herself with her own law practice.

“When my sister graduated with her law degree, it was amazing,” Yam beams. “We were so proud of her at her graduation. I brought signs, and my family flew in.”

That feeling of pride and celebration from her family – Yam wanted that, too.

“In my family, I was kind of the odd one out,” she admits. “In the back of my mind, I always knew I wanted to [return to college].”

Then, Yam started hearing about the Full Tuition Grant from her employer, which would allow her to go to school without the financial burden. Still, she was not fully convinced. Then her husband gave her a laptop in hopes of giving her an extra push toward enrollment. 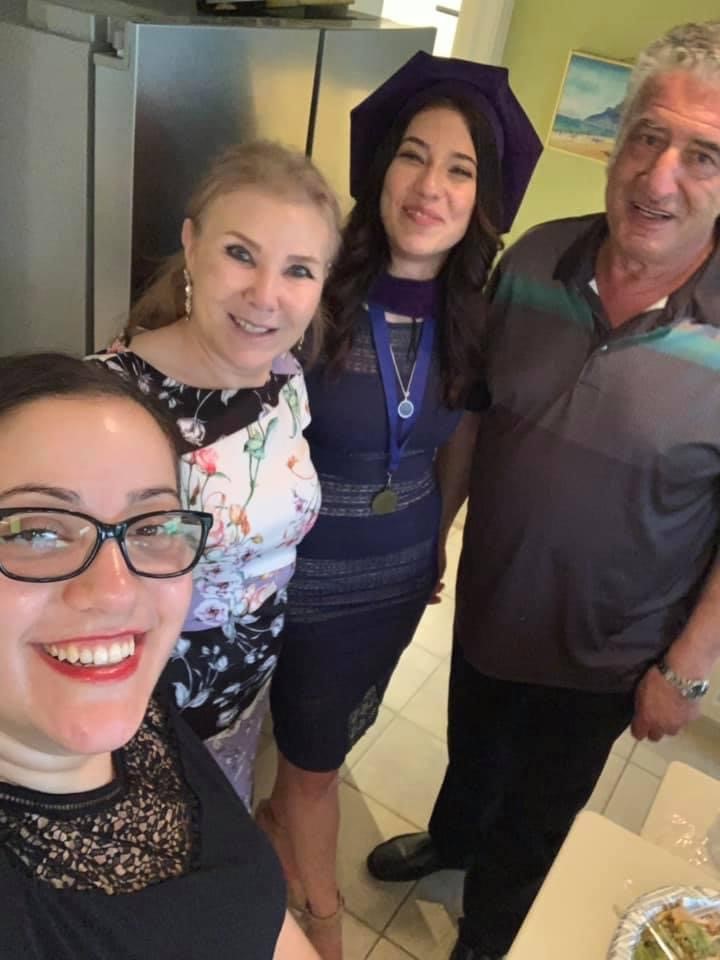 Yam and her family celebrated her sister as she finished her law degree.

Feeling little nudges from friends, family, her employer, and now her husband, Yam was that much closer to taking the leap. But there was one more thing she would need – a really good advisor to help her make the final commitment. She found just that in a UAGC enrollment advisor named Cindy.

“She was really helpful,” Yam remembers fondly. “She got her degree. She has two sons, and I have two sons. She made it seem attainable.”

Yam says hearing from someone who went to school while working and being a mom made all the difference for her. Cindy was able to provide a firsthand account of what being a working mom and a student at the same time was really like. She says Cindy even reminded her of due dates for documents and held her accountable to commitments.

When everything was said and done, Yam enrolled in the BA in Business Information Systems program, with an emphasis in Web & Mobile App Technology.

Yam says having a supportive employer and co-workers made a big impact on her education — not just financially.

“Everyone in my office space signed up at the same time,” she says. “We are all different ages and in different stages in life. One just graduated late last year.”

However, Yam is the only person at the VP level who does not yet have a college degree, so every piece of her education contained value for her — especially her general education courses.

“When I thought I didn’t need college, I thought it was just because I was making enough money to support the lifestyle I want,” she admits. “I never thought about the personal impact or personal growth a college degree can give you, and my first two years, I feel like I had tremendous personal growth in terms of my confidence and ability to sit at the table with senior leaders.”

Yam has also used her newfound confidence to foster confidence in other students as a CHAMPS peer mentor, and she’s put her professional skills to use as a communications officer for Women in STEM. Through her involvement with the UAGC Women in STEM student organization, she built relationships with faculty and fellow students that she maintains.

Ultimately, Yam’s burgeoning self-confidence in her abilities as a student led her to apply and be accepted to the Honors Program.

“It was a challenge, and I wanted a challenge,” she says. She admits she became a bit spooked at the start of her first honors course, but later, she appreciated the interactions and in-depth conversations she was able to have with her instructors and peers.

Yam continues to have the support of her family.

“Whenever I finish a class, my dad asks me to send him screenshots of my grades and then he sends it in our family chat,” she laughs. “My whole family is always available to help me.”

Yam’s husband even started a program at a different university about year after she began at UAGC. They support each other, listen to the other’s struggles, and ensure they both have the time and space needed to do their homework.

“Right now, I’m just enjoying the journey, and I don’t know where life will take me afterward,” she says of her future prospects. 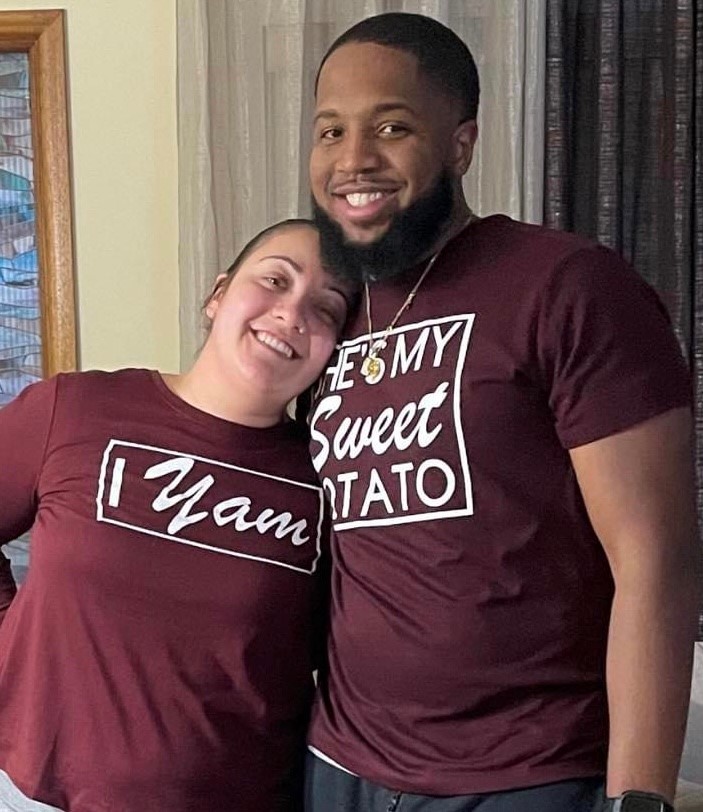 Yam and her husband are both pursuing their college degrees and supporting each other along the way.

Now that she has realized her potential as a student, she says her possibilities are endless.
“Maybe I’ll take my parents up on the doctor or lawyer thing,” she laughs, admitting she does not want to be a doctor or lawyer, but that another degree is very likely in her future.

Her family will no doubt be ready with signs waving just for her when she completes her first degree.