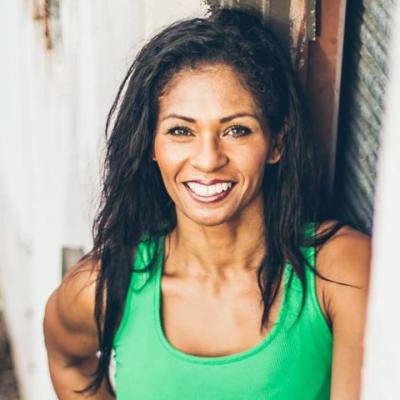 Employers will think differently toward me as an employee.

When it comes to self-improvement and discipline, Shellane Demarest has a leg up on most people. As a personal trainer with years of experience working within the world of CrossFit, she’s developed a reputation for putting in long hours to accomplish her goals.

In 2016, she decided it was time to give her mind a workout too, and she enrolled in the Bachelor of Arts in Journalism and Mass Communication* program at Ashford’s** College of Liberal Arts.

“I began school at age 50,” Shellane says, adding that she was “tired of starting and stopping the pursuit of my degree.”

In addition to her personal training duties, Shellane serves as a social media marketing manager for a Florida-based entertainment company she co-founded with her husband. Together, the two manage a group of cosplayers, and make public appearances dressed as characters from the television shows Gotham and The Walking Dead, among others.

Shellane’s love of entertaining has fueled her desire for a career as an on-camera television correspondent. She believes her degree from Ashford will help her achieve those goals. The BA in Journalism and Mass Communication program explores the evolving set of tools used by today’s correspondents, including social media – an area where she’s had some professional experience.

“I’d like to see if I can combine my love for fitness and my degree,” she says. “I want to be in the journalism field. I enjoy social media, so that might be a direction I’ll choose.”

While she’s used to pushing herself physically in the gym, Ashford pushed her mental limits. Shellane has used her knowledge to grow her company’s social media fan base, while simultaneously crafting her own story on websites such as LinkedIn.

In 2017, Shellane was eligible to apply to Ashford’s Honors College, a testament to her academic success. Open only to students who maintain a 3.75 GPA, the Honors College gives high-achieving students a chance to take specialized courses and add distinction to their degrees and resumes.

“It was a personal goal,” Shellane says about being accepted into the Honors College. “I think employers will think differently towards me as an employee.”

As she moves closer to completing her degree and achieving her dream of becoming a college graduate, Shellane acknowledges that she made the right choice in selecting Ashford.

“They care,” she says about Ashford. “They’re always available for assistance. Their commitment to their students is impressive.”

*This program is no longer accepting new enrollments. For information regarding programs currently offered by the University of Arizona Global Campus, please see the current Academic Catalog.

** Ashford University is now the University of Arizona Global Campus.