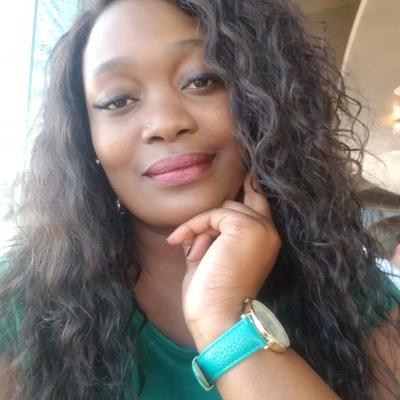 I have evolved tremendously as an individual.

Evelyn Vedasto knew her path to success would require a college education. She’d earned her associate degree in 2011 but kept delaying her bachelor’s degree, partly because of her busy schedule but also because she was afraid of online learning. Before she knew it, time had slipped by.

One day, she found information about Ashford University* in her mailbox. She was skeptical at first, but after talking to an advisor over the phone, Evelyn chose to confront her fear, and she enrolled in Ashford’s Bachelor of Arts in Applied Behavioral Sciences program.

Evelyn began her Ashford journey while working two jobs, and she admits it was more challenging than she anticipated.

“At one point it became overwhelming to juggle [responsibilities],” she says. “I ended up dropping one job and had to be smarter when balancing my bills.”

Not too long after, she was spotted by a director of a large financial firm and was asked to join the team.

This turn of events took Evelyn’s life in a fantastic new direction. Not only was she joining a global financial conglomerate with great potential for advancement, but her role as a compliance analyst — which involved onboarding for new clients — also turned out to be a much better fit for her degree program.

The applied behavioral sciences program includes a combination of courses in business, psychology, communications, and sociology, among others. Through her studies, Evelyn was able to perfect her negotiation, budgeting, analytical, and coaching skills. Today, she proudly touts these skills and others to her connections on LinkedIn.

“I have evolved tremendously as an individual,” she acknowledges. “My wisdom has expanded in multiple ways, and I find myself understanding things easier now.”

Her confidence and knowledge continues to open doors. Evelyn finished her degree in 2016 and earned a promotion to a post investigations analyst position the following year. While she loves what she does, she wants to keep learning and growing.

“With every new class I started, I fell in love,” Evelyn says of her Ashford experience. “It was an adrenaline rush throughout the program.”

The excitement she felt while earning her bachelor’s degree prompted Evelyn to return to Ashford and pursue a Master of Arts in Psychology. As she works her way through the program, she feels more inspired and is looking forward to having yet another success story to share with others.

Like so many Ashford students, Evelyn wants to become a role model for someone else in her life. She’s happy that earning her degree made her parents proud, but more importantly, she wants to inspire her younger sister.

“She is 16 years old and she looks up to me,” Evelyn says. “She came to my undergraduate commencement in 2016 and was so happy to be there, she was smiling the entire time.”

After her sister graduates high school, Evelyn hopes she’ll follow the same path she did. All it takes is dedication and the confidence to overcome your fears.

“Now I know [my fear] was a façade, and just like any other school, Ashford requires the same amount of focus and dedication,” she says. “It’s been the best decision I made so far in life.”