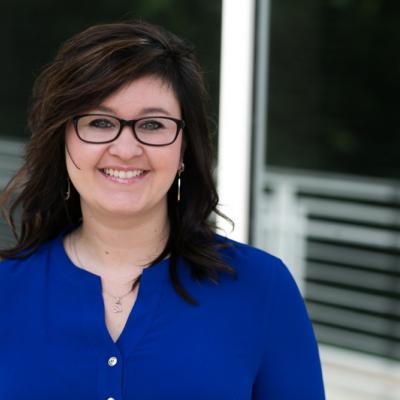 I made a commitment to myself to complete my degree, and do it successfully. Thanks to the instructors at Ashford*, and the tools and resources they made available to me, I did it!

The year 2008 was a pivotal one for Jenna Jackson. She graduated from a traditional four-year college right after high school with a bachelor’s degree in business, specializing in marketing management. But it also was the beginning of the financial crisis. Like so many of her peers, she entered the job market at the start of the Great Recession with student loan debt and mounting concerns for her future.

Eventually Jackson landed a job as a legal assistant for a firm in downtown Nashville before moving to a general counsel’s office within a local, prominent university. Despite these milestones, Jackson didn’t feel fulfilled professionally.

“I realized I wanted to be somewhere that would allow me to grow and develop,” she recalls.

Her chance finally came several years later when she accepted a new position in the legal department at a major, Nashville-based corporation.

“Getting my master’s degree had always been on my bucket list, however I was already paying student loans,” she explains. “My goal was to find an employer that would pay for me to get my master’s degree, and when the opportunity finally presented itself, I jumped!”

A lot had changed for Jackson since she had earned her bachelor’s degree. In addition to working full time, she also got married and had two sons. Juggling family, work, and school wasn’t easy, but Jackson says pursuing her master’s degree online actually strengthened the relationship with her husband while also preparing her for potential job growth.

“Taking courses online allowed me to be a professional, be a wife, and be a mom and still earn my degree,” she says. “I had the flexibility to complete assignments on my time and when and where I wanted to do so.”

Although earning her master’s degree online was convenient, it was nothing short of challenging. In fact, Jackson says she found the online setting forced her to be a better student, conduct more research than she ever had in a typical classroom, and participate at a higher level than while pursuing her bachelor’s degree.

“I have so much more respect for an online degree than I ever did before,” she notes. “In a typical classroom environment, you can sit up front and never speak, hide in the back of the class, or just talk around an answer if called upon. In the online environment, you are required to state a thought or opinion, and everything you say requires citing research. I was surprised at how interactive the classes were and how much they demanded from me.”

In order to be an active participant and have a successful experience, Jackson utilized a number of resources available to Ashford* students. In addition to referring to the Writing Center to brush up on proper citation and APA style, particularly at the beginning of her academic endeavor, she heavily relied on the Ashford Library for every assignment and recommends that all current students do so.

“I would encourage all new students to leverage at least one of the webinars hosted by the Ashford Library to better understand the tools available and how to use them,” she says.

Jackson’s efforts paid off well before she completed her master’s degree. Just six months after entering the MBA program with a specialization in project management at Ashford, she received a promotion at Bridgestone. A second one came after she graduated in 2017.

More than anything, however, Jackson says she wanted to prove to herself and her family that she could graduate with a master’s degree in a timely fashion, maintain a strong GPA, and not incur additional debt. Her plan worked.

“Earning my master’s degree was empowering,” she says. “I made a commitment to myself to complete my degree, and do it successfully. Thanks to the instructors at Ashford, and the tools and resources they made available to me, I did it!”