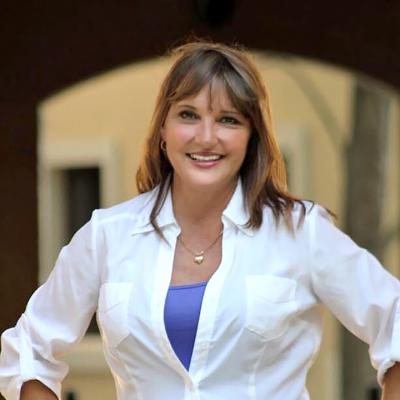 My time at Ashford* began with one goal in mind – to finish what I started and earn my degree.

Even some of life’s most difficult challenges couldn’t deter Beth Peter from fulfilling her goal of earning a college degree.

She had been working for 28 years at her job but continually was overlooked for opportunities and promotions because she did not have a college education. Frustrated at her inability to advance in her career, at age 44, she became determined to change that and enrolled at Ashford University* using her employer’s benefits package which included a partnership with Ashford.

“I had to work harder than others to prove my capabilities,” she recalls. “My time at Ashford began with one goal in mind – to finish what I started and earn my degree.”

As a full-time working wife and mother who attended college, Beth struggled with some of the usual obstacles and made many sacrifices to pursue her education. But it was a series of tragic life events that nearly knocked her off course.

“I lost my grandmother, who was my rock, then four months later I was diagnosed with breast cancer,” she says. “I had a double mastectomy and a year of total breast reconstruction, then six months after I completed my last surgery, my husband was killed in an accident.”

Most people may have quit under such pressure, but Beth persevered and turned tragedy into triumph. Although she took a few breaks to deal with these adversities, Beth ultimately returned to her studies and finished her course work with honors.

“My studies allowed me to focus on something,” she explains. “It was therapeutic and gave me a goal to work toward. I returned to school knowing the sacrifices my husband had made for me to study, and I didn’t want those sacrifices to be in vain.”

Because Beth traveled for work she came up with a plan that would allow her to succeed personally and professionally. In addition to adopting healthy study habits, she utilized the many resources available to Ashford students, including the online library.

“I downloaded the books to audio versions and would listen while I rode my bike for 10 miles after work. Then I would go home and read the same chapters,” she says. “This solidified what I had listened to. It’s the best advice I could give anyone. It sinks in better.”

Initially Beth made the decision to get a degree because she needed a backup plan. After all, she already had survived three work force reductions, and she was concerned she could lose her job next. That day never came. Instead, Beth earned her bachelor’s degree in business administration and began to reap the benefits of her hard work.

Since graduating from Ashford University, Beth says she has been promoted at her job and has had more chances at other opportunities.

In 2018, Beth reached a major career milestone when she celebrated her 30th year at the company. “I feel the saying ‘Knowledge is power’ is true, and I have experienced this since I earned my degree. I feel like I can do anything I put my mind to.”