Having spent more than 25 years leading and mentoring athletes in sports of nearly every type, it’s safe to say that Dr. Tim Rice is a coach to his very core.

When it comes to education, that passion for teaching and connecting with others has been fueled by one prevailing philosophy.

“I believe every person has the innate ability to accomplish truly great things,” says Dr. Rice. “You just have to have a positive mindset to achieve it. “Can’t can’t exist.”

The key, he says, is having one’s mind set to accomplish it. It’s something he sees every year with his doctoral students, and it’s a way of thinking he enjoys fostering in each of them.

“I help them get to the place where they believe so much that they can do it, they’ll run through walls to get there,” Dr. Rice explains.

As a self-proclaimed “average, ordinary guy,” that can-do outlook has gotten Dr. Rice to exactly where he wants to be in life.

Now program chair for the Doctor of Psychology (PsyD) program and lead faculty member in the Sport and Performance Psychology specialization, he earned his doctorate in 2005 while also working 80 hours a week. 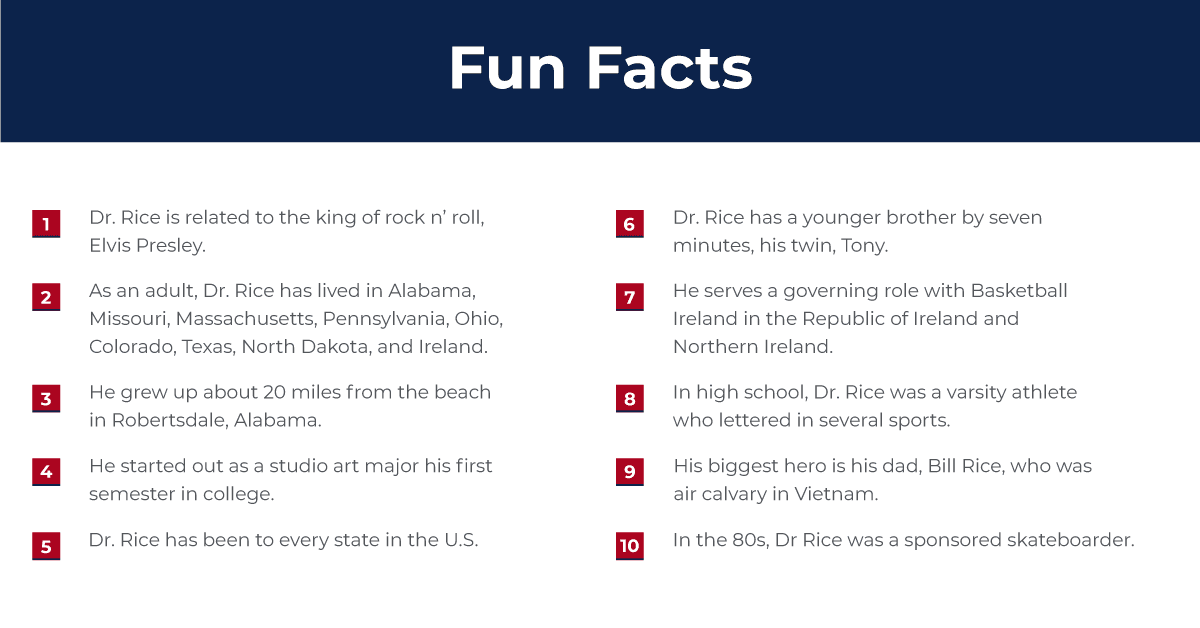 Admitting that he spent his early years more interested in sports than going to class, he wryly notes that earning his doctorate was the first time he graduated with honors.

After coaching full-time at both high school and collegiate levels, Dr. Rice said making the switch to working in online education opened doors he never would’ve imagined when he initially started his educational journey. That included the ability to travel and work from anywhere in the United States.

The significance of being able to travel came into play in 2009 when he and his wife, Dr. Candy Rice, attended an RV show in Denver. The moment they saw the RVs, they knew exactly what direction their next step in life should take—they both wanted to travel full-time and call their RV home.

Achieving their new dream would take some careful planning as it meant they both needed to have entirely mobile careers. Dr. Rice realized the freedom made possible by going full-time into virtual education, and he ran with it.

It didn’t take them long to take the plunge. In 2010, the Rices bought an RV, plus a truck to tow it, and hit the road with their beloved dog Chase.

Between 2010 and 2017, they traveled to 43 states and six Canadian provinces and owned two different RVs in the process.

Dr. Rice’s passion for sports, teaching, and traveling has also taken him overseas quite a bit, especially to a country he holds near and dear to his heart: Ireland.

In the past five years, Dr. Rice has traveled to Ireland at least 10 times to coach, consult, and run clinics. Recently, he even put together a team called “Vintage” that played in the over 40 division in the Galway Masters tournament. 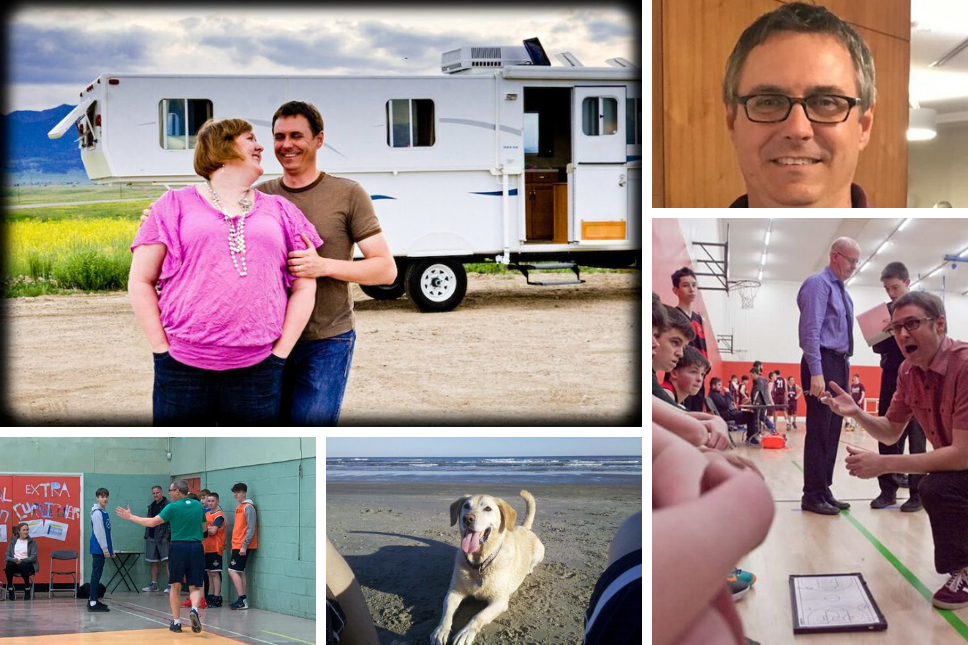 Getting to Know Dr. Rice

Today, Dr. Rice is “retired” from the RV life and lives in West Fargo, North Dakota. He and his wife recently bought and renovated their first home about a mile from his mother-in-law’s house and are now in the process of settling in. When he’s not mentoring and teaching, he finds time to run, is involved in sports, and travels as often as possible.

Take a deeper peek into Dr. Rice’s life in the following interview, where he talks about his approach to education and touches more on the places and experiences that have helped shape him into the person he is today.

Global Campus: What sports have you been involved in over the years?
Dr. Rice: From the first time I got a baseball mitt at age eight, I fell in love with sports. It started with baseball, but I played every sport imaginable. I moved on to football, which is like a religion in Alabama where I grew up. I played basketball, track and field, soccer, all of it. In high school I played several sports, excelling in track and field, especially as a distance runner. 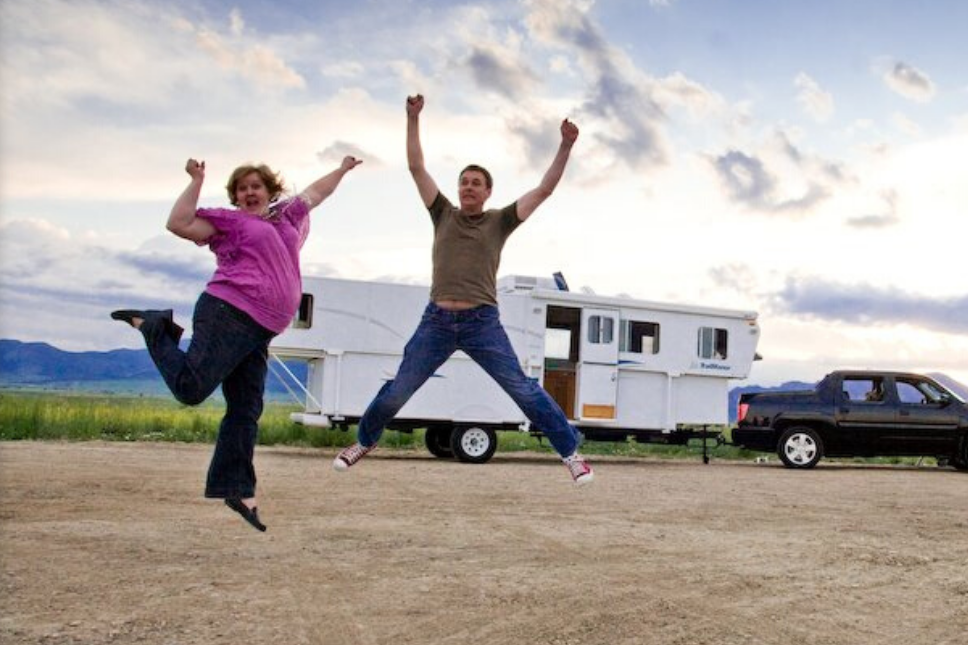 Dr. Tim Rice and his wife, Dr. Candy Rice, jump for joy before heading out on their first RV adventure.

Global Campus: How did you meet your wife, Dr. Candy Rice?
Dr. Rice: I met Candy in 1994 when she was an assistant basketball coach at a small Christian college called Pillsbury College in Minnesota. I was an assistant basketball coach as well. She earned her doctorate in 2015 and is without question the smarter of the two Dr. Rices in our family. She is possibly the most talented person I’ve ever met. Candy believed in me and supported me through all these years, for which I am truly grateful. Our 25th anniversary is coming up next year.

Global Campus: Is there anything in particular related to sports psychology that you think everyone could benefit from in their lives?
Dr. Rice: Essentially it all boils down to one thing – what you believe matters. A lot of times we let our thoughts and beliefs of what might happen, or who we think we are (even if it’s not true) … we let that get in the way of what we can accomplish. We tend to always dwell on what our weaknesses are, but we need to focus on using the things we’re strong at. We simply need to get out of our own way and stay positive. 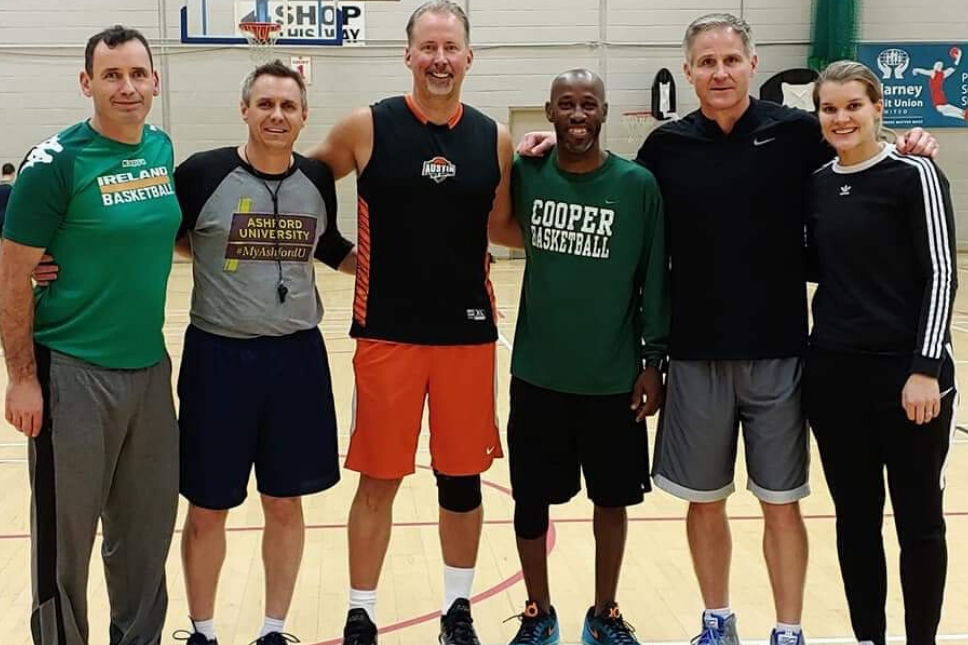 Dr. Tim Rice (second from left) while coaching in Ireland.

Global Campus: What advice would you give your students when it comes to time management?
Dr. Rice: Plan your work, and work your plan. I first heard the saying from a coach by the name of John Barr. Ultimately, I believe in this process, and I believe it can work for anyone. We have students that are working full-time. Some are parents, others are working two jobs, and they’re all doing it. They’re all making it happen. If you don’t consciously plan yourself out, it’s hard to accomplish your goals. When you set something down on your calendar, you protect that time. You protect it like it’s gold. 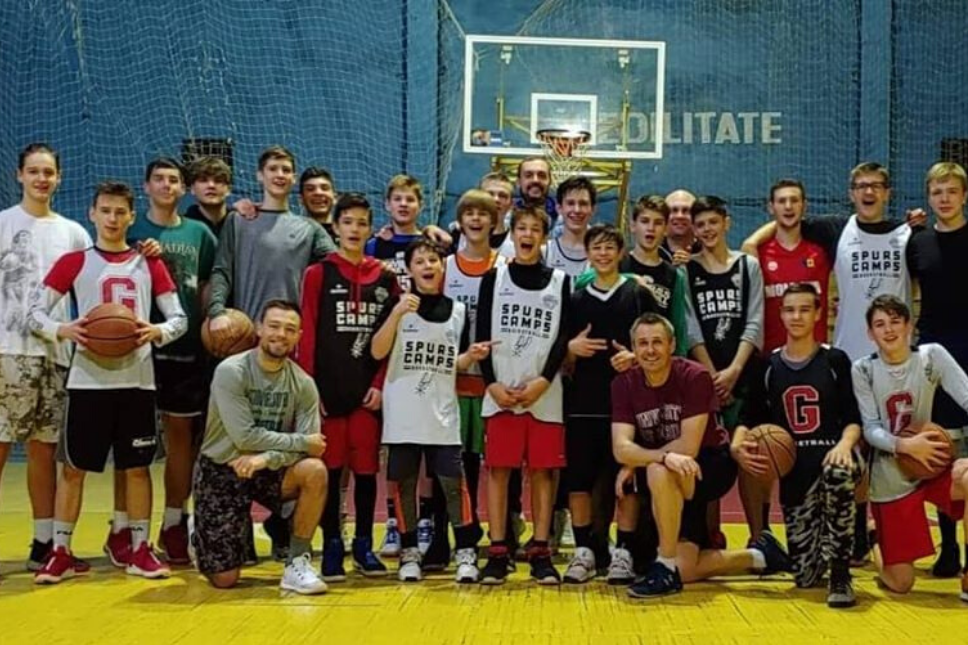 Global Campus: What’s your philosophy when it comes to your role as an educator?
Dr. Rice: I don’t want to hear the word can’t. I don’t want to hear someone say, "There’s no way I can do this." It puts us in a position where we are defeated already. So, my goal as an educator is to have an open mind as to what every student can do. We have to be in a position as educators to be willing to help students dream. Without that, I wouldn’t be where I am now. And I wouldn’t be able to help my students get into the mindset where they know they can achieve their goals. 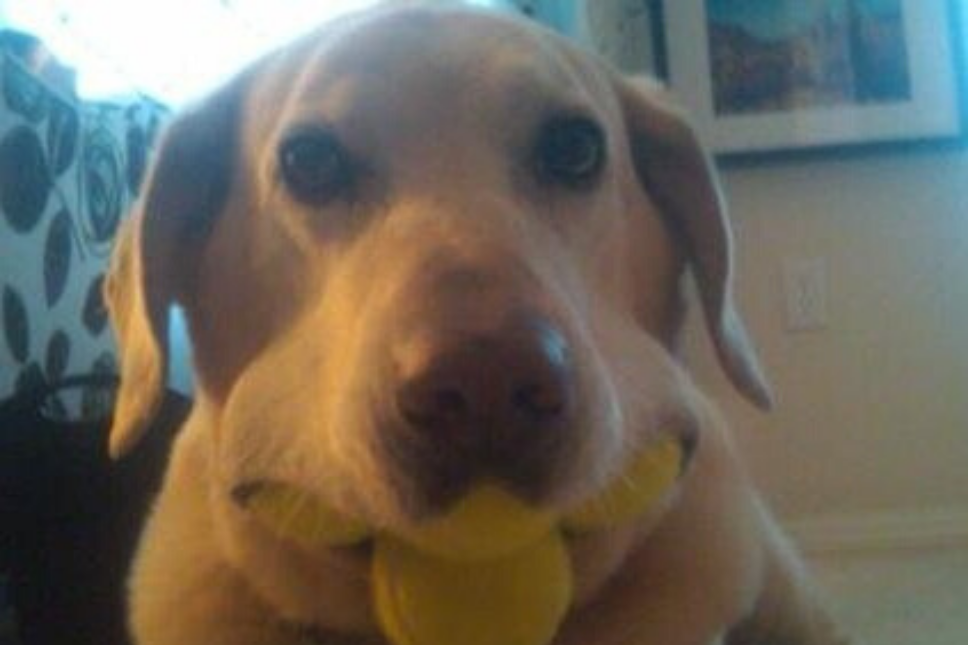 Global Campus: Who is the greatest teacher you’ve ever known?
Dr. Rice: I’ve realized that I truly can learn a lot from anyone of any age or life stage, but for this one I’d have to say my greatest teacher might’ve been my dog, Chase. He was a yellow lab that we got in 2000. He passed away from cancer in 2011 while we were living in our RV. It was the biggest loss of my life without a doubt. We don’t have kids, so he was like our child. He taught me so much about unconditional love and acceptance. I know it sounds crazy, but he easily might be the greatest teacher I’ve ever had.

Global Campus: Lastly, now that you live in Fargo, what’s the question you most often hear?
Dr. Rice: First thing people ask me is “Why?” and second thing they almost always ask is, “Have you seen Fargo the movie?” The answer to why is we have absolutely everything we need here and nothing we don’t. The answer to the second question is I have never seen the movie. I have no idea what the woodchipper scene is all about.