Mobile applications are an integral part of life in the 21st century. Nearly 178.1 billion apps were downloaded in 2017 alone, and the statistics repository Statista projects that global sales of mobile apps and in-app advertising will account for more than 188.9 billion dollars of revenue in 2020.

If you’re one of the 77% of Americans that own a smartphone, you’re probably already aware of the enormous influence apps have on everyday life. AppAnnie’s 2017 Retrospective Report found that at any given time, the average consumer has more than 80 apps on his or her phone, roughly half of which get used on a regular basis. Mobile app development is obviously a market with staying power.

After reading this post, you will be familiar with the current state of app design and the growing role that apps will play in the future. You will also explore the training and experience needed to become a mobile app developer. Last, we’ll consider possible career tracks available to aspiring mobile app developers and discover how the University of Arizona Global Campus online courses and services can help you on your path to pursuing this exciting field. 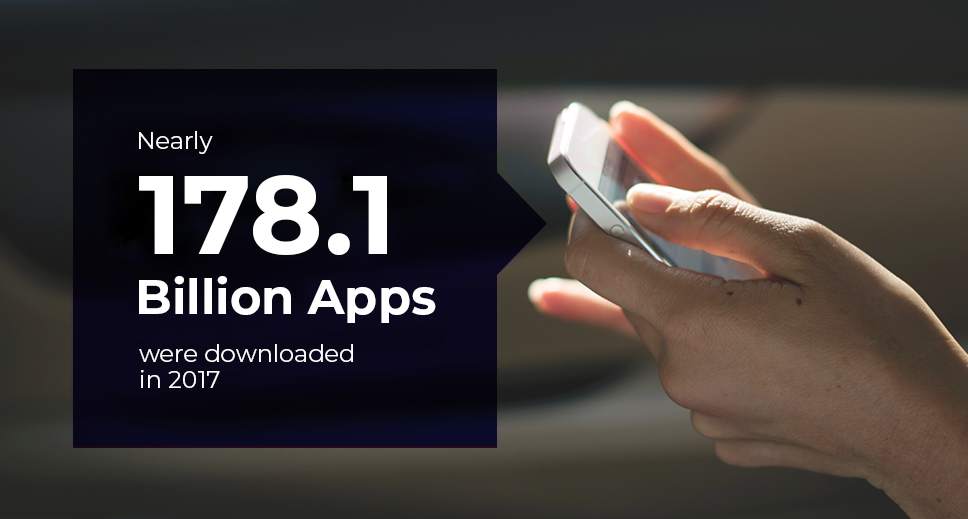 What is Mobile App Development?

Simply put, mobile app development is the process of designing and building programs for smartphones, tablets, and other mobile devices. App developers write applications using one of a handful of popular programming languages, including Objective C, C++, C#, Swift, or Java.

The language you use to develop the app depends on the environment for which you’re designing the app. Currently, the majority of smartphones run on one of three major operating systems that is coded using a different programming language—Apple’s iOS, Google Android, or Windows— the latter of which will cease to support Windows 10 mobile devices beginning in December. The growing number of smart watches and other wearable devices on the market each operate in their own environments, too, including iOS, Google’s Wear OS, Fitbit OS, and Samsung’s Tizen.

Why Are Highly Skilled App Developers in Such High Demand?

If you can dream it, it can be made into an app. This includes everything from simple tools like flashlights and calculators to hyper realistic augmented reality (AR) and virtual reality (VR) games, all the way up to enterprise resource planning apps capable of letting salespeople process purchases or access real-time supply chain data.

Today, the top ten categories of apps include games, productivity, education, lifestyle, entertainment, utilities, travel, books, health and fitness, and food and drink. Of these, games are by far the most popular, accounting for nearly a quarter of all downloads from the app store in 2018 (24.86%), followed by productivity (9.77%), education (8.5%), and lifestyle (8.32%).

What Does the Future Hold for Mobile Apps?

The market shows no signs of slowing. Statista reports that global revenue from app sales and in-app advertising is projected to grow by more than $100 billion between 2016 and 2020. To put that into perspective, the market for apps will more than double in size over a four-year period.

In the not too distant future, advances in app development will help create a world where digital and real-world experiences are closely enmeshed, and apps make both everyday tasks and big decisions easier.

In practice, this advancement means a rise in apps that curate content according to a user’s needs and interests, like news and shopping aggregators, and features that make it easier for users to accomplish other tasks without leaving the app they’re using—think AMP and EMP sites, mobile wallets, and instant apps. Web and mobile solutions agency Net Solutions anticipates that AR and VR, as well as AI and machine learning—the most visible example being chatbots—will continue to drive innovation in app development.

IBM predicts that companies will move toward offering seamless omnichannel experiences to their customers, with mobile apps working in sync with a host of other digital interfaces. The goal, they say, is to understand and anticipate users’ needs, delivering the right information and enabling the right interactions exactly when they’re needed, regardless of where users are or what type of device they’re using. These platform-agnostic experiences will be aided by an increasing use of the Internet of Things (IoT), personalization, and location-based services. 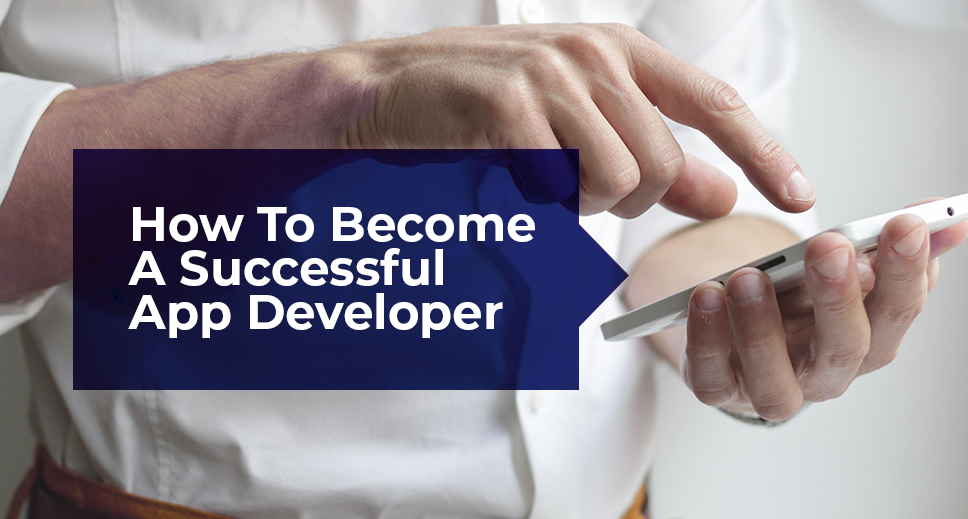 What Does it Take to Become an App Developer?

While there’s more than one path to becoming an app developer, the most straightforward one is to pursue a college degree in computer science. The Forbes School of Business and Technology™ at the University of Arizona Global Campus offers a Bachelor of Science in Web & Mobile App Technology. This four-year degree program is designed to equip students with the knowledge and skills necessary to build mobile applications that businesses need and end users want.

Regardless of how you get there—by teaching yourself to code, supplementing your development capabilities with a boot camp, or by pursuing a four-year degree—if you want to become a mobile app developer, you will need to:

1. Become fluent in one or more of the programming languages used for apps

These include Objective C, C++, C#, Swift, or Java for native apps, and HTML, CSS, or JavaScript for hybrid apps. You may also find it helpful to familiarize yourself with one of these in-demand programming languages.

2. Master the principles of software design

This instruction means developing an understanding of the software development life cycle — a framework used to describe the steps you’ll use to plan, build, test, deliver, and maintain an app — and becoming familiar with some of the different development methodologies used to create a working product.

3. Develop an understanding of front-end or back-end development

Front-end development concerns the design and function of the user interface (UI), determining what users see and how they interact with an app. Front-end developers focus on issues like wireframing, UI design and development, caching, and synchronization. Back-end development concerns how data is processed and the logic that underpins it — how the servers, the database, and any external data sources interact with the front end. Back-end developers handle things like database management, user management, server-side logic, data integration, push actions, application programming interfaces, hardware interaction, memory allocation, and versioning.

4. Learn the fundamentals of cybersecurity

No matter what type of app you’re developing, a firm understanding of data security as it pertains to mobile apps is essential to protecting user privacy and preventing costly and embarrassing data breaches. Apps that deal with banking details or other sensitive information may be subject to additional regulations regarding data security.

While there are many parallels between web development and mobile app development, in many ways, creating a mobile app is more akin to coding a desktop application than it is to creating a website. Both desktop apps and mobile apps rely on something called native design, meaning the application’s code must be written specifically for a particular operating system. As a result, most mobile app developers choose to specialize in one particular platform—Apple, Android, or Windows—although you may find that the ability to code in multiple programming languages enhances your versatility and marketability.

That said, a small number of companies have begun to create cross-platform development tools that promise to allow developers to code their apps once and to then test and deploy them across multiple platforms. The Interaction Design Foundation offers a great explanation of hybrid vs. native apps and how the process of designing apps differs from designing responsive websites. Intrigued? If you pursue a Bachelor of Science in Web and Mobile App Technology at the University of Arizona Global Campus, you’ll spend a full five weeks learning about cross-platform mobile app development.

Become a Leader in the Mobile App Development World

Do you dream of becoming the world’s next great app developer? Let the University of Arizona Global Campus support you on your journey. When you earn your Bachelor of Science in Web & Mobile App Technology, you’ll have the skills necessary to pursue a wide range of exciting careers. This comprehensive online degree program will not only advance your knowledge and skills as a professional applications developer, it will prepare you for the requirements associated with navigating real-world design and development challenges.

As a student of the university, you’ll also benefit from access to the University of Arizona Global Campus Career Services, where you’ll receive coaching and guidance on how to jump start your career. Let our career services professionals assist you in your job search, from helping you build the perfect resume and cover letter, to practicing your networking skills and preparing for interviews.

Education can help you build a career you love. So why wait? Contact an advisor, and take the first step toward becoming a leader in the mobile app development industry.