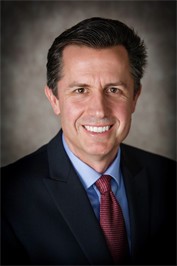 Mr. Smith brings to the University of Arizona Global Campus more than 18 years of experience in finance. Most recently, he served as the Vice President of Finance for Bridgepoint Education. Previously, he held several financial roles at Dresser Wayne and Wayne, GE Energy, both in the United States and in England. He also worked in the finance departments at Dell and Qualcomm.

Mr. Smith earned his BS in Business Administration with an emphasis in Finance from San Diego State University. He currently serves on the Board of Directors for Chelsea’s Light Foundation.